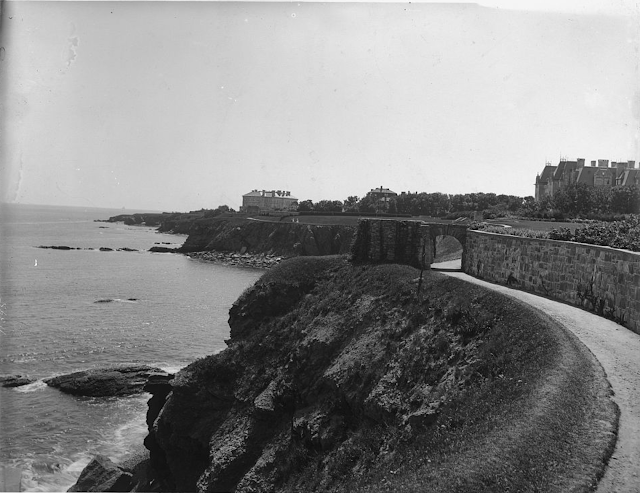 Since the 1800's, the small, seaside resort of Newport, Rhode Island, has always been filled with palaces: grand chateaus, soaring villas, and elegant mansions all cheekily referred to as "cottages" despite their owners being worth millions upon millions, sometimes billions, of dollars, their square footages being quadruple that of most average homes and costing a fortune just to build. These homes were built with the wealth and grandeur seen only, up until that time, in the royal palaces in Europe and elsewhere overseas and housed the kind of wealth that most Americans couldn't even imagine. Naturally, these palaces-by-the-sea have sparked the curiosity of the general public. When these homes were first built, that wasn't a problem. What is any showy mansion built for? These palaces served to show off the owner's wealth - do you think The Breakers or Marble House were built the way they were out of comfort? They were status symbols and statements in soci
34 comments
Read more 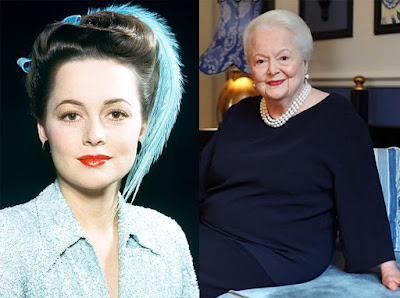 (Left) Olivia de Havilland in 1943, (right) Olivia in 2016, on her 100th birthday.  On July 1, 2017, Olivia de Havilland celebrated her 101st birthday. The actress, who retired back in the eighties and has lived in Paris, France, for over half a century, appeared in forty-nine films and was once of the most celebrated actresses of her time, most notably for her appearances in Gone With The Wind , To Each His Own and The Heiress , the former for which she was nominated for an Academy Award, while the later two she won.   And though her career in Hollywood ended a long, long time ago, Olivia de Havilland nevertheless remains today one of the last living legends of Classical Hollywood's Golden Age, having received a star on the Hollywood Walk of Fame, a National Medal of Arts from President George W. Bush and most recently, in June, she was appointed a Dame Commander of the Order of the British Empire, all for her work in drama. And on June 30, on the eve of her 101st birthday,
5 comments
Read more 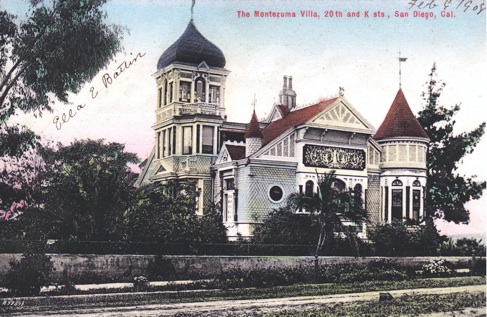 The intricate Villa Montezuma in San Diego, California.  I recently returned from vacationing in San Diego, California - an alluring, scenic place that I'd definitely recommend visiting - and while there I saw some truly beautiful architecture. Most of it was modern, I'll admit, but it made me curious about some of the historic homes that were there. When one thinks of the Gilded Age, the city San Diego, or even California in general, most likely doesn't come to mind, since most of the industrial boom and the wealth it created, resulting in the name The Gilded Age , occurred on the East Coast. However, San Diego does have some beautiful residences that were built during the time period. But unlike their North Eastern counterparts, the wealthy who lived in San Diego during the Gilded Age didn't choose to build chateaus and palaces that covered entire city blocks, but rather smaller, more intimate homes with tinier, albeit still very luxurious, entertaining rooms.
5 comments
Read more 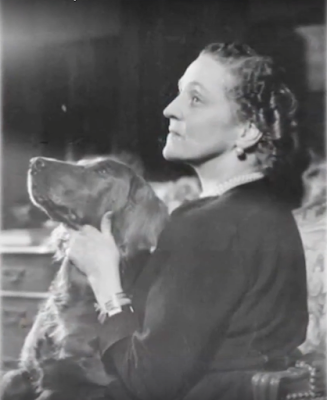 Laura "Polly" Delano with her one of her beloved dogs.  Laura Franklin Delano was the very definition of eccentric: as a little girl she, most notably, refused to drink anything other than Apollinairis Water, an imported carbonated mineral water, earning her the nickname "Polly," while as an adult she dyed her hair purple and bounced around her house in silk pajamas while dripping in jewels. But it was for that very reason that she was the favorite of her famous cousin, President Franklin Delano Roosevelt, whom she served till his death as a longtime confidante and friend. Read any biography on FDR, and you will quickly learn that Polly Delano, along with another cousin, Margaret "Daisy" Suckley, was always at the President's side. Polly was born in 1885, the fourth child of Warren Delano III, President of the Delano Coal Company in Pennsylvania, and Jennie Walters Delano, daughter of a famous Baltimore art collector. The couple had met at Cambr
14 comments
Read more

Behind the Scenes of Streetcar 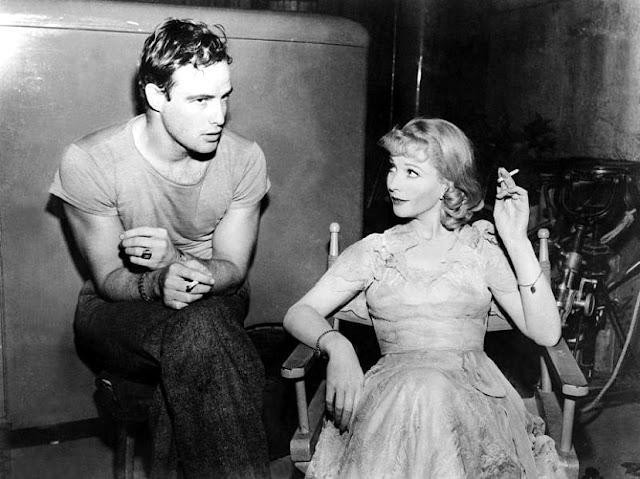 Vivien Leigh and Marlon Brando taking a break from filming  A Streetcar Named Desire .  In honor of Sotheby's upcoming auction of more than 200 personal items from Vivien Leigh's estate in September in London, I thought I'd do a series of Vivien Leigh-focused posts over the next couple weeks. I must confess I don't know as much as I'd like to about her, so I've ordered a biography about her on Amazon which I intend to read shortly. Though she's most well-known for her role in Gone With The Wind , my personal favorite of her's is her role as the doomed Blanche DuBois in A Streetcar Named Desire . Interestingly enough, the wig she wore for the role is part of the Sotheby's auction, which you can read about HERE . I'll definitely be getting myself a copy of the auction catalog. As a lover of Tennessee Williams and his most famous play, I equally love the film version of A Streetcar Named Desire  and especially Leigh and Brando's roles in i
7 comments
Read more

Hemingway and The Farm 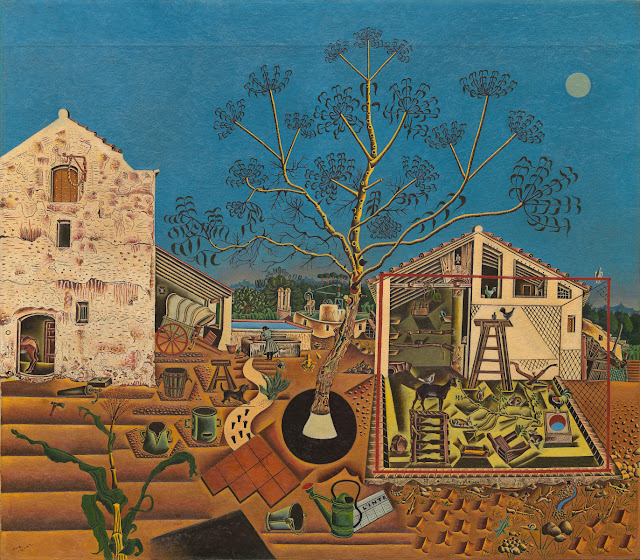 The Farm , Joan Miró, 1921-22 The legend goes that Ernest Hemingway won the right to buy The Farm by rolling dice. . . or with the flip of a coin. Either way, it doesn't matter, since he lost in both cases to the owner of the piece, Evan Shipman, who decided to "give" Hemingway the painting, anyways, at the small price of 5,000 francs. Hemingway bought it as a birthday gift for his first wife, Hadley, bringing it home after he finally paid it off. " In the open taxi the wind caught the big canvas as though it were a sail, and we made the taxi driver crawl along, " Hemingway said about bringing the painting home. " No one could look at it and not know it had been painted by a great painter. " Ernest Hemingway in 1924, around the time of his purchase of The Farm .  Joan Miró, the artist, 1966.  A copy of the painting hangs near my desk, so I thought the tidbit about Hemingway would be interesting to share. After Hemingway and Hadley'
9 comments
Read more
More posts